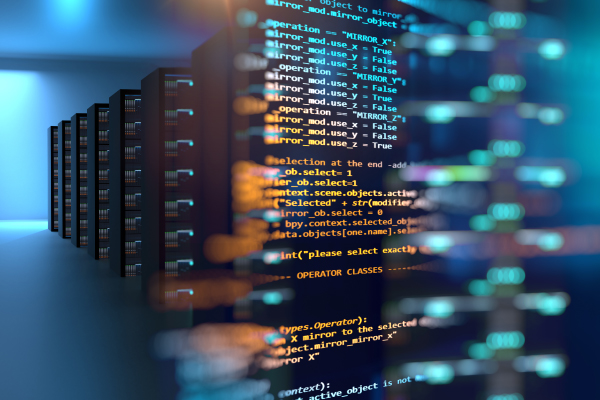 Complex problems require complex solutions. Instead of waiting hours for a program to finish running, why not utilize parallel programming? Parallel programming helps developers break down the tasks that a program must complete into smaller segments of work that can be done in parallel. While parallel programming can be a more time intensive effort up front for developers to create efficient parallel algorithms and code, it overall saves time by leveraging parallel processing power by running the program across multiple compute nodes and CPU cores at the same time.

In this blog, we break down:

Parallel programming, in simple terms, is the process of decomposing a problem into smaller tasks that can be executed at the same time using multiple compute resources.

In parallel programming, tasks are parallelized so that they can be run at the same time by using multiple computers or multiple cores within a CPU. Parallel programming is critical for large scale projects in which speed and accuracy are needed. It is a complex task, but allows developers, researchers, and users to accomplish research and analysis quicker than with a program that can only process one task at a time.

How Does Parallel Programming Work?

Parallel programming works by assigning tasks to different nodes or cores. In High Performance Computing (HPC) systems, a node is a self-contained unit of a computer system contains memory and processors running an operating system. Processors, such as central processing units (CPUs) and graphics processing units (GPUs), are chips that contain a set of cores. Cores are the units executing commands; there can be multiple cores in a processor and multiple processors in a node.

With parallel programming, a developer writes code with specialized software to make it easy for them to run their program across on multiple nodes or processors. A simple example of where parallel programming could be used to speed up processing is recoloring an image. A developer writes the code to break up the overall task of to change the individual aspects of an image by segmenting the image into equal parts and then assigns the recoloring of each part to a different parallel task, each running on their own compute resources. Once the parallel tasks have completed, the full image is reassembled.

Parallel processing techniques can be utilized on devices ranging from embedded, mobile, laptops, and workstations to the world’s largest supercomputers. Different computer languages provide various technologies to enable parallelism. For C, C++ and Fortran, OpenMP, open multi-processing, provides a cross-platform API for developing parallel applications that enable running parallel tasks across cores of a CPU. When processes need to communicate between different computers or nodes, a technology such as MPI, message passing interface, is typically used. There are benefits to both models. Multiple cores on a single node share memory. Shared memory is typically faster for exchanging information than message passing between nodes over a network. However, there’s a limit to how many cores a single node can have. As projects get larger, developers may use both types of parallelism together. One of the challenges that developers face though is properly decomposing their algorithm and parallelizing across multiple nodes and multiple cores for maximum performance and debugging their parallel application when it does not work correctly.

What Is Parallel Programming Used For?

Parallel programming use cases include:

Why Choose TotalView For Parallel Programming?

Creating a parallel application that efficiently solves a problem using multiple computing resources is hard. Understanding how the parallel program is running and processing data is difficult when running on one computer but becomes extremely challenging when running in a parallel environment. To debug parallel programs, developers need a debugger that was specifically built for parallel environments. TotalView is a debugger tool for parallel code. It provides the capabilities for developers to reduce the complexity of their parallel code and easily see how their threads and processes are running in their parallel application.  It is easy for developers to narrow in on individual processes and threads in order to analyze how they are executing their code and the examining the data they produce.  All aspects of TotalView are built around debugging and controlling multiple processes and threads at a time.

In addition to the powerful technologies to debug MPI, OpenMP and other parallel technologies, TotalView additionally provides the ability to debug CUDA code running on GPUs, find leaks and other memory problems in your code, step backwards through your executed code with advanced reverse debugging and the ability to easily debug your code remotely.

See how TotalView supports debugging for parallel programming by signing up for a free trial.