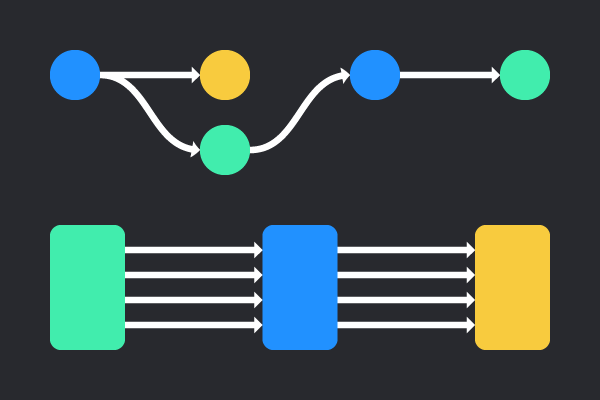 Debugging HPC applications using MPI and OpenMP technologies can be a challenge. This blog provides a high level overview of OpenMP Debugging Interface (OMPD) with the TotalView debugger, and how this can be used in practice.

What Is OMPD (OpenMP Debugging Interface)

OMPD is an implementation-independent Application Programming Interface (API) that is intended to allow tools such as debuggers to inspect the internal execution state of OpenMP programs. Perforce contributed heavily to OMPD v5.0’s initial design and standardization process. The work involved close collaboration with several stakeholders, including Lawrence Livermore National Laboratory (LLNL) and members of academia.

The OMPD v5.0 API was added to the OpenMP 5.0 specification, published in November 2018, and is downloadable. The newest release of the OpenMP standard, version 5.1, continues to expand OpenMP’s capabilities with improvements in accelerator device interactions, filtering of execution by thread, improvements in modern C++ usage of OpenMP, Fortran improvements, and other enhancements.

The OpenMP Debugging API (introduced in OMPD v5.0) is an innovative interface that allows third-party tools, such as debuggers, to extract the execution state of an OpenMP (OMP) runtime library, including live processes and core files. OMPD allows the TotalView debugger, or other similar third-party tools, to extract information about OpenMP objects such as threads, parallel and task regions, internal control variables, parent/child thread relationships, and runtime call-stack boundaries.

Note: For examples referenced in this blog we've used TotalView 2020.3 and the LLVM Clang 12 compiler. 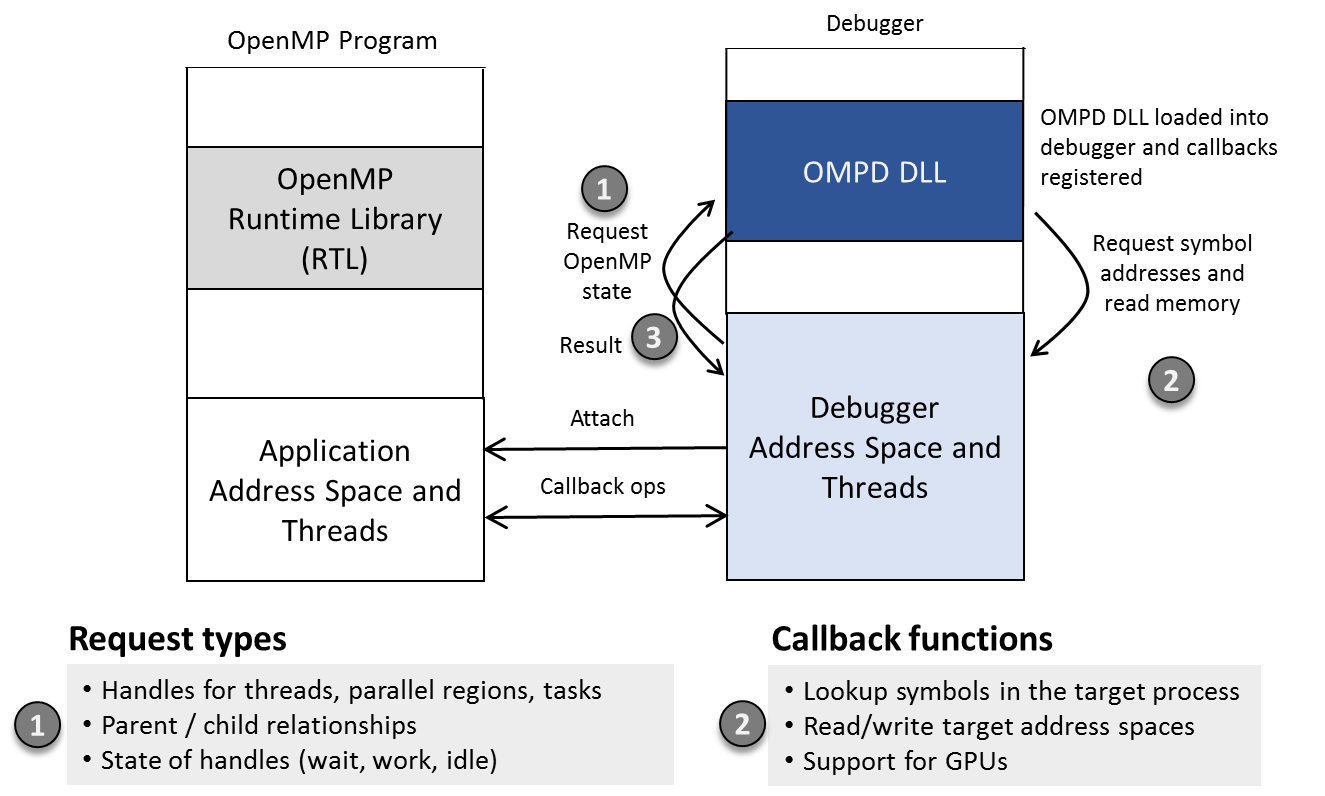 The diagram above shows the overall architectural layout of the debugger, OpenMP-enabled target application, and the matching OMPD DLL. The figure illustrates how a debugger might use OMPD to discover information about an OpenMP target.

In the diagram, we see in Step 2 the OMPD DLL calling back to the debugger to resolve the address of a symbol. Using this address, the OMPD can traverse the data structures in the target by invoking read callbacks to the debugger. A series of such lookups or reads may be needed to satisfy a single request from the debugger. Finally, once the OMPD has assembled the results, it returns them to the debugger in Step 3.

To support OMPD, displays were added in the TotalView new GUI and augmentation of stack frames in the CLI and classic GUI with #pragma information and link frames. A view named OpenMP is accessible in the new GUI and is used to display all the OMPD information provided through the OpenMP Debugging Interface. Similar information is also available through TotalView’s “domp” CLI command.

There are 4 tabs within the OpenMP View: OMPD Info, Control Variables, Regions, and Threads. 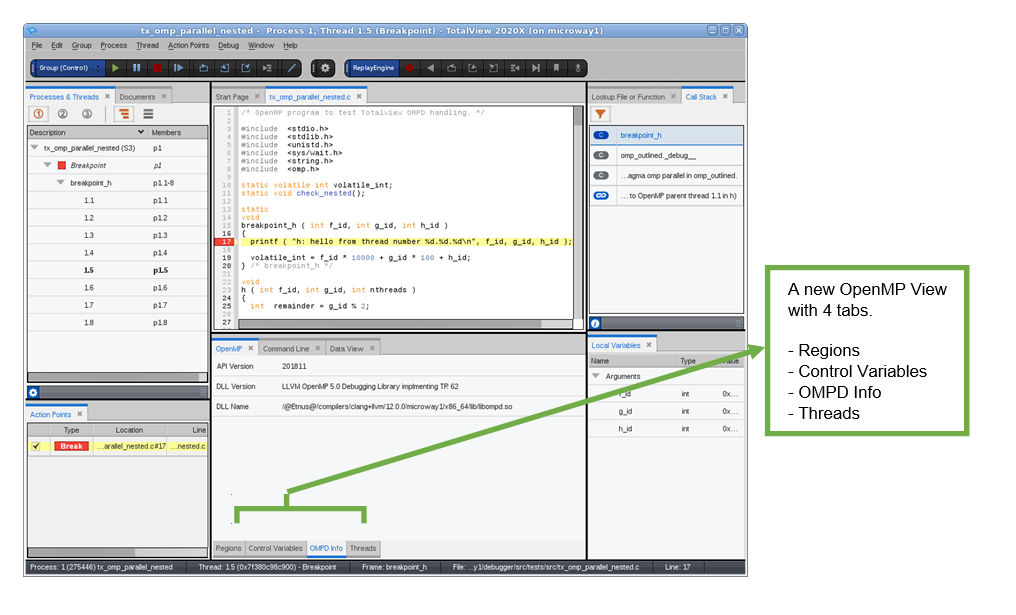 The OpenMP view displays information about the OMPD dynamic library (DLL) being used. This information is specific to the selected process. This tab contains the following values:

The Control Variables tab lists the settings of the OMPD display control variables for a selected process. 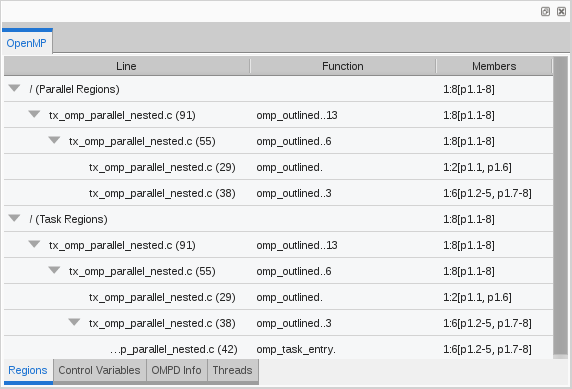 The Regions tab in the OpenMP view now shows information about the nest of parallel regions for the entire share group. Developers can select different regions in the display and TotalView will focus the source pane on the specific region.

The first line for a thread is for its current (innermost) region, which shows the basic OpenMP thread information. Each top level thread can be expanded to show information for the thread’s nest of parallel and task regions.

The expanded lines show the enclosing regions’ task flags and distance from the current region (as an integer in the state column Indicated by “Region #”), where the last line is for the outermost region. The regions may cross thread boundaries from a child thread to its parent thread.

OpenMP Stack Filtering in the GUI 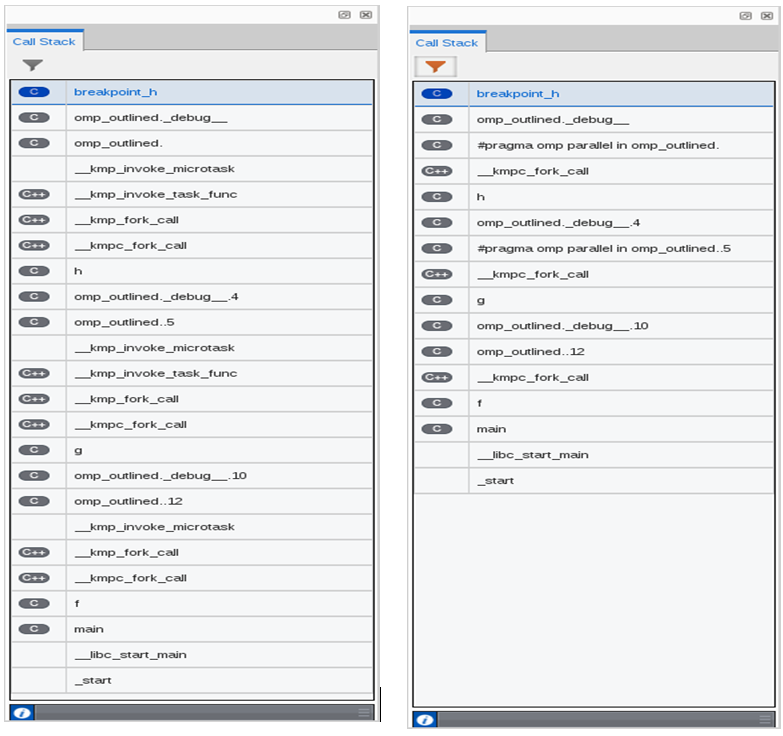 A thread’s stack backtrace will include a mixture of frames that correspond to code the user has written and those for which the thread is running in the OpenMP runtime. The internal OpenMP runtime frames are typically noise or clutter for most users and should be filtered out.

For more details on the OMPD 5.0 support, watch this tech talking highlighting the different dynamic analysis and debugging technologies for complex hybrid applications, including how to efficiently debug your applications remotely.

Ready to try TotalView in your environment? 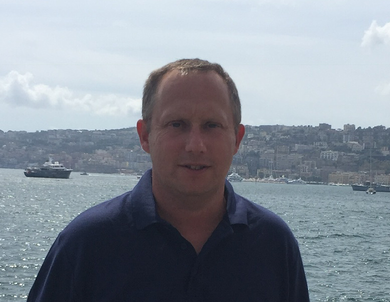 Passionate about helping our customers improve the quality of the software they write through the use of Perforce’s extensive suite of software libraries and debugging tools.